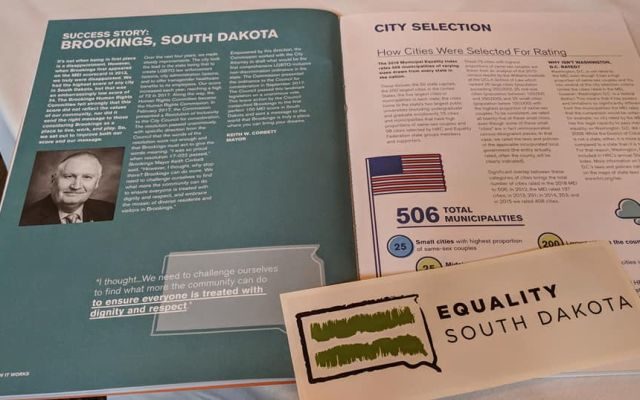 The City of Brookings receives a score of 100 on the Human Rights Campaign’s 2019 Municipal Equality Index for the second year in a row.

The Human Rights Campaign is the largest LGBTQ civil rights organization in the United States. It evaluates and rates cities yearly on a variety of criteria.

Brookings’ 100 was tallied on a scorecard that rated non-discrimination laws, the municipality as an employer, municipal services, law enforcement, and leadership in LGBTQ equality.

he city also received bonus points for having openly LGBTQ elected or appointed municipal leaders, and for testing limits of restrictive state law.

The city’s first MEI score in 2013 rated at only 12 out of 100. Since then, the City of Brookings, community organizations, and the Human Rights Commission have continued to improve inclusivity efforts year after year.

Brookings is the only city in South Dakota with a perfect score. The next highest is Sioux Falls at 64.

September 17th, 2021
View full playlist
Connect With Us Listen To Us On